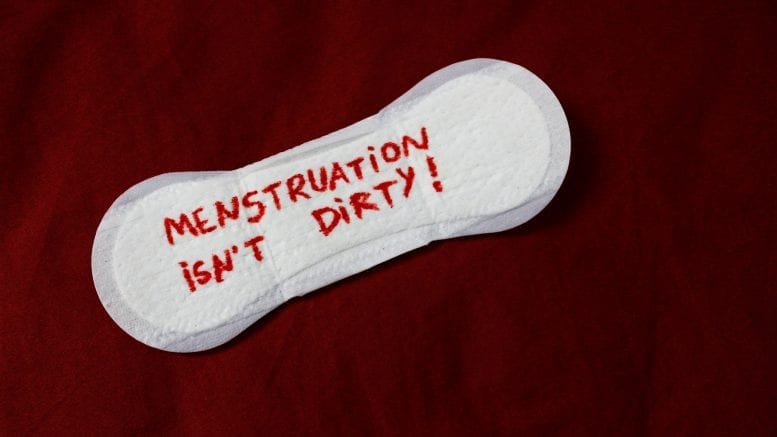 The “average” amount of blood lost during a period can be very different between women. What is “normal” for one woman will seem too little or too much for another. Some women can have more menstrual bleeding in one day than another woman would over her entire period. Some women’s flow lasts three days, some last ten days. It varies significantly from woman to woman.

Not all of what makes up menstrual flow is actual “blood,” only about half of it is, and the “average” amounts are calculated using the blood content, not the total volume of what you lose as menstrual flow. Making it difficult for a woman to work out exactly how much “blood” loss she has.

The “normal” amount of menstrual blood loss is on average, 30-40 mL. With a “normal” range being 10mls-80mls. Anything above 80mls is considered “excessive” and is said to run the risk of Anemia. These amounts are calculated using the alkaline hematin method – where the amount of blood content is measured, not just the volume of menstrual fluids.

Measuring the amount of menstrual bleeding is typically done by one of 3 ways:

An unused pad/tampon is weighed to determine the starting weight, and then all used pads/tampons are weighed. The weights are added up, and the weight of the unused products subtracted, and the remaining weight is that of menstrual flow.

Rated from “spotting” to “soaked” to calculate flow, with the pictures corresponding to predetermined fluid amounts (e.g. an image of a “soaked” pad might be considered to be equal to 10mls). The number of milliliters is then estimated from the number of corresponding pads the woman has used.

Are done to measure the actual blood content found on the pads/tampons.

Only a chemical test can determine the amount of actual “blood” in a sample, where other measurements, particularly simply weighing the pad, can take other fluids into account, such as sweat and other vaginal secretions.

A pictorial assessment – such as comparing your flow to that of images of blood on a pad cannot be an accurate way to measure the volume of blood lost, as the pads absorbency is designed to pull wetness from the top and may disguise the actual amount of blood lost… I know that I’ve looked at the top of a pocket style pad and then been surprised at the amount of blood on the inserts inside it, as they held more blood than I’d imagined.

If a sample pad is used and specific volumes of liquid poured onto it as the method of determining how much volume the pads equate to (which is how I assume they calculate those pictorial tests)…  different brands of the disposable pad would presumably give different levels of absorption and have a different appearance, so it would only be remotely accurate if the same type of pad is used by the woman as was used for the sample.

Weighing pads would be rather time-consuming but would give a more accurate measurement than comparing your flow to images. However, sweat and vaginal secretions may also be on the pad, which may affect its weight. Also, some evaporation may occur too, and dry blood would presumably weigh less than wet blood.

Some informal polls have been done in a few communities, asking women to calculate their flow. This is generally collected in Menstrual Cups, where exact volumes can be measured. The results are quite impressive and show that even if half of what is measured is not “blood,” many women still have a blood loss over the 80mls that would be considered “excessive.”

Following on from the amount of flow – is discussing *how* women flow. Have you ever wondered why some women like what you consider to be a nappy/diaper as a pad?…. or how some women can wear a mere scrap of fabric without leaking while you can almost leak up to your armpits? It may surprise you to know that not only do we, not all bleed the same amount, but not all women bleed the same way.

Menopause: What the Heck Is Wrong With Me?

Are Drugs Safe In Pregnancy?