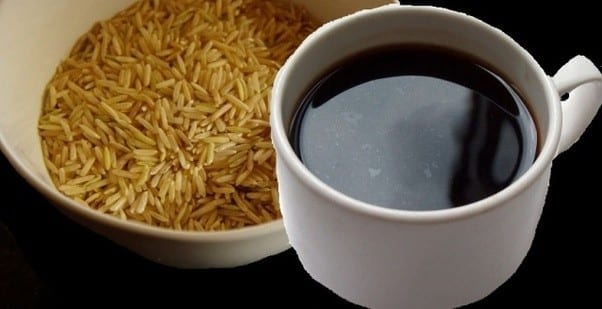 I call it rice coffee, a brew that gives as much kick as a cup of coffee, and another way to enjoy rice.

It was my grandmother’s remedy for an aching and upset stomach. It worked, at least for me as well as the rest of her large family. She also served the brew as a beverage for its own merits. I have always called it rice coffee. She filled a skillet with rice to roast, stirring constantly. It is not uncommon that the grains have varying degrees of browning. My grandmother would roast it black then transfer it all into a large kettle to boil.

The brew that comes out has a taste all its own, and a perky aroma rivaling that of any brewed coffee. Rice roasted to near charring produces the strongest aroma, and is of course bitter in taste. We loved it. A taste for bitterness is acquired. That hint of bitterness in the brew goes very well with cream. In my grandmother’s time, we used evaporated milk.

During cold weather, I still make the brew. The aroma permeates the whole house adding to that homey sense of warmth and security, and the drink gives as much kick as a cup of coffee does. My preference now is to roast it to a dark brown closer to the color of coffee. A home coffee roaster would be wonderful to try with it. Meanwhile, I do let some of the rice go black, for the flavor. And I use a manual percolator for brewing now. One of these days, when electric bills go down or my personal income allows it (whichever comes first), I shall be gifting myself with a coffeemaker, to drip brew my rice coffee, just for the satisfaction. The resulting liquid ranges in color from tan to brown depending on the extent of roasting and quantity of rice. I have since learned to roast more than I will be brewing, and keep the extra in a tight jar kept in the refrigerator. It lasts just as long as ground coffee.

So much research on coffee has pointed to both beneficial and harmful effects on the body. Two of its effects are worthy of taking note. Caffeine is a diuretic – it flushes out water, along with nutrients in your body. Caffeine also has addictive properties. A regular and constant coffee drinker is bound to go through withdrawal symptoms with a sudden stop in intake.

On the other hand, rice has always been known for its nutritive value. A cup of rice contains proteins, carbohydrates, dietary fiber, the B vitamins (which coffee intake destroys) and folate, minerals, fatty acids with zero cholesterol, and amino acids.

Should you be feeling that you need to cut down on your coffee but are having a hard time at it, a substitution of rice coffee might do the trick.

Be the first to comment on "Grandmother’s Exotic Rice Brew"