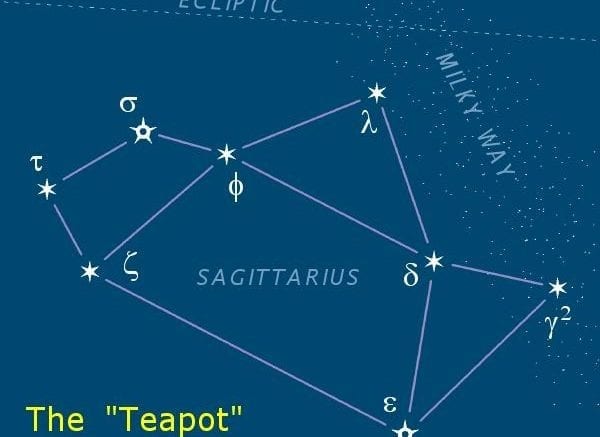 Sagittarius is generally thought to represent the Centaur Chiron in Greek mythology. Most Centaurs were represented as rude and violent creatures in myths but Chiron was very different from his kinsmen. Chiron was instructed by Apollo and Diana, and was renowned for his skill in hunting, medicine, music, and the art of prophesy. The most distinguished heros of Greece were his pupils, among them the infant Aesculapius was intrusted to his charge by Apollo, his father.

When Chiron returned to his home bearing the infant, his daughter Ocyrhoe came forth to meet him. At the sight of the child, Aesculapius she was struck by a prophesy, foretelling the glory Aesculapius was to achieve.

Aesculapius grew up to become a renowned physician, and even in one instance succeeded in restoring the dead to life. Pluto (god of the underworld) resented this, and Zeus, at his request, struck the bold physician with lightening, and killed him, but after his death Zeus received him into the company of the gods.

Chiron was the wisest and most just of the Centaurs and at his death Zeus placed him among the stars as the constellation Sagittarius.

Here the Milky Way is at its most spectacular, chock full of celestial goodies such as M22 (the Great Sagittarius star cluster), M23 and M8 (the Lagoon Nebula). These are but a few of the M objects available to the star gazer. Sagittarius is also referred to as a teapot, go out and take a look, youll see why.

Be the first to comment on "Star Gazing: Sagittarius – The Archer"