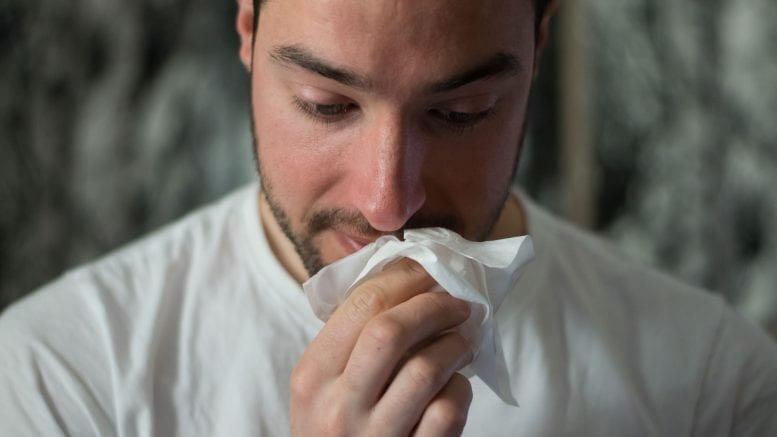 Foodborne illness is a major cause of concern in the United States, and restaurants are constantly a part of the conversation. According to the FDA, there were 48 million cases of gastrointestinal illnesses and 3,000 deaths resulting from foodborne illnesses in 2011.

Seriously. Ain’t nothin’ to mess with.

What is Foodborne Illness?

Foodborne illness refers to illnesses contracted from consuming foods contaminated with harmful bacteria. All people are at risk, although some members of the population are more susceptible including infants, children, pregnant mothers and people with weakened immune systems.

How Does Foodborne Illness Spread?

Harmful environmental bacteria, known as pathogens, cause illness when they enter the food supply. When food is served undercooked or at a temperature that allows bacteria to breed, foodborne illness can occur. However, a current industry concern involves foodservice employees spreading harmful bacteria when they themselves come to work sick.

A 2011 study from the Journal of Food Protection states that approximately 12% of food workers reported coming to work for two or more shifts while ill with vomiting or diarrhea. Busy restaurants that served more than 300 meals a day were cited as more likely to have sick workers on the job. However, all restaurants are at risk. The issue concerning sick workers reporting to work happens everywhere including restaurants serving American food or ethnic food; at a restaurant with English-speaking employees or non-English speaking employees; at independent restaurants and at chains. The bottom line is that when restaurant workers come to work sick, it only increases the risk of infection for customers.

Initiatives around the country began popping up in 2011 to help stave off the chances of risk by offering restaurant workers paid sick days. In Denver, for instance, Initiative 300 would have required employers to give all employees sick leave, from five days to nine days, depending on the business size.

As of September 2011, paid sick leave days for restaurant workers were enacted in San Francisco, Seattle and Washington D.C. They are pending in several other cities.  The restaurant industry is known for its busy schedules and sweltering kitchens. On a tight shift during the lunch-hour rush, restaurants need all scheduled hands on deck. Managers are not always aware when an employee shows up with signs of illness, and employees may be resistant to the idea of missing work—and their hourly pay.

Although food safety is one of the most important aspects of any restaurant operation, the National Restaurant Association (NRA) is a big opponent of paid sick leave in general. The NRA suggested that adding an extra expense to the bottom line would only hurt the restaurant industry as a whole, who has felt the economic recession in a big way over the past years. Proponents argue that paid sick leave is essential to protecting the health of the general public, especially in a food service situation.

What Can You Do?

Although the argument between granting sick leave and looking the other way when workers come in sick remains a sensitive topic, restaurant managers ought to remain vigilant in providing a safe working and dining environment for their employees and customers alike. Here are some suggestions for reducing health risks in the commercial kitchen.

Require workers to wash their hands after coughing, sneezing, touching their faces, touching their hair, touching money or using the restroom. Post hand-washing signage, set the example and follow-up when you see poor food handling practices.

Ask employees to call the restaurant ahead of time if they feel sick. When the shift manager has time to schedule someone to fill in, the shift can flow more smoothly and the operation is less likely to fall behind. The sick employee can ask to pick up extra shifts after he or she recovers.

Spend time with your employees for a pre-shift meeting before every shift. Be sure your employees look fit to work the shift, and be ready to call in a replacement or jump on the line to help in the event that someone is ill.

When to Accept or Reject Fresh Meat, Poultry and Seafood

The Importance of Sanitation in the Restaurant

5 Critical Questions to Ask When Starting a Concessions Stand