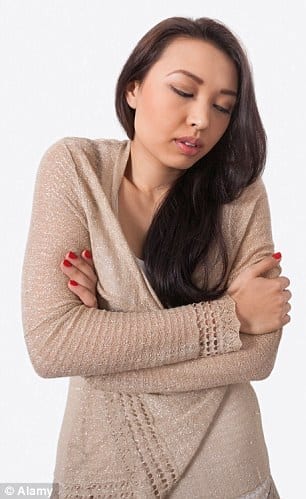 Q: What are suggested remedies for Raynaud’s? Also, what is the difference between the phenomenon and the disease?

A: Raynaud?s — both the disease and the phenomenon — is a circulatory problem in the small arteries that supply blood to the skin. It occurs most often in the hands and feet, but may also affect the ears, nose and other areas.

Raynaud?s causes blood vessels to constrict and temporarily cut off blood flow. This makes the skin in the affected area white. As the blood vessels relax and open up, the skin first turns bluish, then flushes red before returning to its normal color. An attack of Raynaud?s can be very brief, or it may last several hours. It may make the skin feel cold and numb and cause a pins-and-needles or burning sensation.

Raynaud?s disease is sometimes referred to as primary or idiopathic Raynaud?s phenomenon or syndrome. Its cause is unknown. Most cases of Raynaud?s fall into this category. It?s a fairly common disorder that can strike anyone, but most frequently affects women in their reproductive years.

Secondary Raynaud?s is more likely to arise in the hand or feet, but not both as it does in the primary form. Secondary Raynaud?s has an identifiable cause, such as smoking, certain medications, scleroderma, lupus, rheumatoid arthritis, carpal tunnel syndrome and others. You might think secondary Raynaud?s would be easier to treat by just addressing the underlying cause. That?s an important part of treatment, but many of the causes are chronic conditions and treatment can be difficult.

Treatment for primary Raynaud?s focuses on preventing attacks by avoiding cold, which acts as a trigger. In cold weather, people with Raynaud?s need to bundle up and keep warm, covering as much of the body as possible to minimize heat loss. They should also avoid sudden chills and keep themselves warm when in air-conditioned environments. Reaching into the refrigerator may prompt an attack, so wearing gloves or an oven mitt is advised. It?s also important to avoid cuts or injuries in the affected area.

Stretch Marks – Can I prevent them?

How to Avoid Asthma Triggers

Be the first to comment on "What is Raynaud?s?"