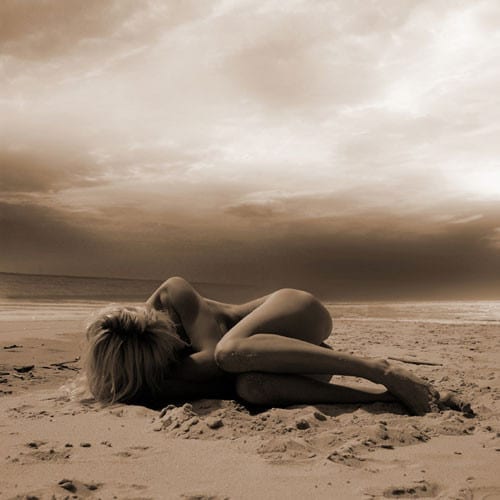 The World Health Organisation predicts that by 2020 depression will be second only to heart disease as an international burden.

And yet, while we are bombarded with information about looking after our bodies, few people know how to look after their minds, or where to find help if they suffer from depressive symptoms.

In fact, almost 50 per cent of people do not recognise that they have depression or that it can be treated effectively by their doctor.

While it’s common knowledge that exercise benefits our physical health, few know about the positives it has upon our mental health. Exercise actually acts as a preventative medicine against mild to moderate depression, helping to boost general health and the immune system and enabling the mind to cope better with life’s stresses and strains. It’s just one route that is worth exploring.

A walk in the park, playing sport or going dancing could be a better alternative to anti-depressants.

That approach would also be in tune with current research which is of the view that anti-depressants don’t work that well for mild depression, and other approaches – including counselling, relaxation therapy, stress management and exercise – may be more effective.

There are alternative ways to improve your mental health and combat depression.

In this article hide
1 WHAT IS DEPRESSION?
2 SORT OUT YOUR BODY
3 EXERCISE
4 WORK LIFE BALANCE
5 TALK TO SOMEONE
6 ACUPUNCTURE
7 RELAXATION

Depression is an illness characterised by a persistent prolonged low mood which affects the ability to carry out day to day activities. It affects about five to twenty per cent of the population at some point in their lives, and is more common in women.

Sufferers should consult a doctor who can advise them which form of treatment, including medication, may be suitable for them. For information visit: www.mentalhealth.org.uk

SORT OUT YOUR BODY

Don’t neglect folic acid. Psychiatric patients were found to have much lower levels of this than the general population. Just 200 micrograms was enough to relieve the symptoms of depression, which is obtainable from a portion of cooked spinach or a glass of orange juice.

Exercise – even a long walk – can boost your serotonin levels, a feel-good chemical in the brain.

There are around 1,300 exercise schemes, some of which may be suitable for those suffering from mild depression.

Long working hours can mean many people neglect their health, and result in them also feeling they are missing out on their home and family life. This can cause depression.

Take personal responsibility for the work life balance by trying to ‘work smart, not long’ which means prioritising tasks, taking proper breaks, and pointing out to your employer if expectations and workloads are too much.

The fastest route to beating depression and anxiety is by sharing your feelings with someone who understands what you’re feeling whether that is a friend, relative or a professional, a doctor or counsellor.

What you do not need are those who urge you to ‘cheer up’ or say ‘I know people far worse off than you’.

Alexandra Massey took five years to successfully recover from depression and describes the practical self-help ways she used, including acupuncture, in Beat Depression And Reclaim Your Life (Virgin Books).

She says: “For me, acupuncture significantly contributed to removing the grey, heavy concrete slab that had sat on my chest for 15 years. I am now free of it. That’s the power of acupuncture.”

Acupuncture can stimulate the immune system and increase the body’s ability to heal itself.

Regular relaxation makes it easier to deal with negative stress, and avoid it building up.

Make time to unwind at the end of the day by enjoying a long warm bath, or having a massage. Take a day off and do something you enjoy, or take up a new hobby or interest.

Alexandra Massey says: “Beating our depression can simply be about putting ourselves first. Some of us can turn the corner by this one, simple objective and taking a day off can help us achieve this.”

Actor Stephen Fry is just one of a host of celebrities including film star Winona Ryder, and TV Gardener Monty Don who have publicly admitted suffering from depression. In 1995 Fry was so depressed he walked out of a West End play and considered suicide. He has now recovered.

He describes his feelings as: “Somehow the future looks an impossible place to be, and the direction you are going seems to have no purpose, there is this word despair which is a very awful thing to feel.”

He adds: “There is never any logical reason for despair. Reason has absolutely nothing to do with it. You can’t reason yourself back into cheerfulness any more than you can reason yourself into an extra six inches in height.”

For a beautiful behind

Be the first to comment on "Depression – Down but not out"