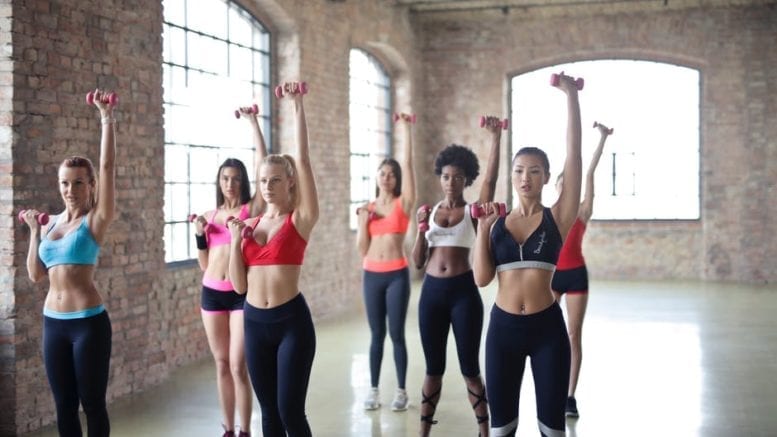 It doesn’t matter what your fitness goals are if you aren’t mixing up your workout routine you’re not making the most out of the time you spend working out. Maybe you enjoy wasting time on a treadmill, but I don’t. If you don’t continually present your body with new challenges, it will not respond the way you want it to.

Let me give you two examples, both of which I’ve heard countless times. The first is from a typical person in reasonably good shape but trying to lose those few extra pounds.

The quote I most often hear is something like this: “I run for 30 minutes a day on the treadmill fours days a week, and I eat sensibly. Why can’t I lose any weight? I think I’m gaining weight! Why?”

Often times this is accompanied by a profound sense of frustration, and I can tell these people are very ready to just denounce exercise altogether and go buy a box of Twinkies. I used to start out by trying to determine the pace they were “running” at, because many people will say they “run” when most people would call it jogging or perhaps even brisk walking. I’ve learned that this usually elicits a defensive response. No one wants to admit that they’re reading a book on the treadmill and while they meant to run, they were probably just barely jogging once they got into their book.

In any case, the biggest problem is the pace of the run. Even those who are maintaining a steady running pace the whole time and maintaining a reasonable aerobic heart rate throughout have this same problem. The reason is that their body has done its evolutionary job of adapting to this workout so that it can expend the minimal amount of calories. Remember, your body functions to survive and tends toward efficiency when it comes to how it spends the fuel you put in.

The next quote is very similar, but more likely to come from a guy than a girl: “I lift weights four times a week, and I was getting stronger at first, but now I can’t seem to have reached a plateau. I don’t think I’m getting any stronger.”

The vast majority of people I’ve met who engage in resistance training follow a particular routine. It may be something a personal trainer showed them once, or perhaps they found it in a book. Either way, they know it, and they follow it every day. In some cases, they record their progress and try to challenge themselves, but find that their gains become smaller and smaller with every week that goes by.

The problem here is the same. The body has adapted to that routine and will perform it efficiently without making bodily changes that will lead to greater strength and mass gains. Also, those who do not track their progress at all will have trouble knowing how their body is responding until they realize they’ve spent the last six months bench pressing the same weight and only added two reps.

I should start by mentioning that most people fall into these categories at some point in their fitness endeavors. Several years ago I was squarely in the second category and found that I barely made any strength gains over a long period, despite lifting weights consistently.

So what’s the solution? It’s straightforward. Vary your workout, track your performance, and interpose benchmarks to compare your progress. If you want a “cardio” type workout, first of all, I’d suggest you try different methods such as swimming, elliptical training, and biking. Moreover, I’d suggest you find some sports that can give you this same feeling such as racquetball/squash, tennis, kickboxing, varied “aerobics” classes, spinning classes, etc.

Most importantly you should vary your workout intensity during the workout. Do not perform the same motions at the same intensity for thirty minutes (or more). This will not create the results you’re after. Try warming up, then performing the exercise at a much higher intensity, and resting at an aerobic, and then ratcheting it right back up to high intensity. It should be an intensity you can only maintain for one to four minutes. We refer to this as interval training. Usually, we perform two to ten intervals per workout, varying the intensity and duration of each range.

If you’re lifting weights, you have to perform different exercises on different equipment in a separate order, or again you’ll fall into stagnation. If you’re not using dumbbells or something similar (like kettlebells), try that. If you are using them, try performing your exercises from a different base. For example, instead of using a bench, use a stability ball or a foam roller. Try using supersets where you perform two or more exercises without a break in between. Vary your set and rep patterns every workout. Go back to your original routine once every month or two to compare your progress.

I want to give the one exception to all of this. If you’re a professional athlete or your training involves a very sports specific motion, the adaptation I’ve discussed here is desirable for you. You will want efficiency in these motions, and you should practice them constantly and consistently. You should realize, however, that these adaptations contribute to your overall fitness level less and less as you continue to repeat them and you’ll need to perform other activities to maintain the same level of fitness.

Home Fitness Room – Is It Better Than The Gym?